in Auguist 2015, ISIS destroyed a 2000-year old templein Palmyra in Syria because in the view of the Islamic State, the  ancient temple is an affront to Islam.

Earlier this week an angry mob pulled down a statue honoring “Confederate Soldiers” at a court house in Durham, NC they found offensive.  Nancy Pelosi and Cory Booker

After close to three decades as a politician, Nancy Pelosi who  said that “The Confederate statues in the halls of Congress have always been reprehensible “ and I “call upon Speaker  Ryan to join Democrats to remove the Confederate statues from the Capitol immediately.”  Makes you wonder where she was for the last 30 years. 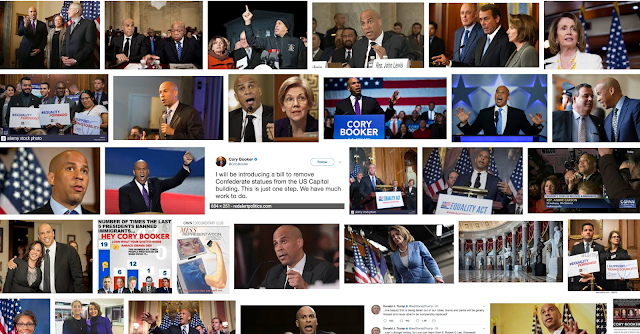 If indeed Nancy Pelosi and Cory Booker find white supremacists & slavery symbols offensive, pehaps they should drop the Democratic Party, the party that brought you the KKK AND fought for slavery.

President Trump is a Racist! Spinners Tricksters on overdrive

Not since Susan Rice when she went on five Sunday Shows to blame the Behgazi Massacre on a Youtube video to deflect any ressponsibility away from president Obama/Hilary Clinton,  have we seen the Spinners work so feverishly.

The Spinners for the most part ignored president Obama refusing to call Radical Islam by its name.  President Obama often cautioned against jumping to conclusions, while jumping to conclusions:  Remember the "stupid" Boston police or the  November 5, 2009, when mass shooting took place at Fort Hood, near Killeen, Texas when Nidal Hasan, fatally shot 13 people and injured more than 30 others and Obama called it workplace violence.

Do not forget how Obama invited the Muslim Brotherhood and members of the Black Lives Matter to the White House.  Not to mention his mentor Reverend GD America Wright, or race baiter and advisor Al Sharpton.

This is just a sampling to show a pattern.

President Trump by deed an action has denounced white nationalism.  But it does not matter wheat whe says, when he says it, how he says it, whom he says it to, it will not suffice.  It is not rational.  But what is rational about CNN's commentaro Navarro calling the president sub-human?

Worse:  GOP Establishment, Never Trumpers and Fence Sitters have jumped right it claiming a higher moral authority than president Trump.  Surprising?  NO! - this is what the Trump Presidency will be like.  Get used to it  Fight for it! 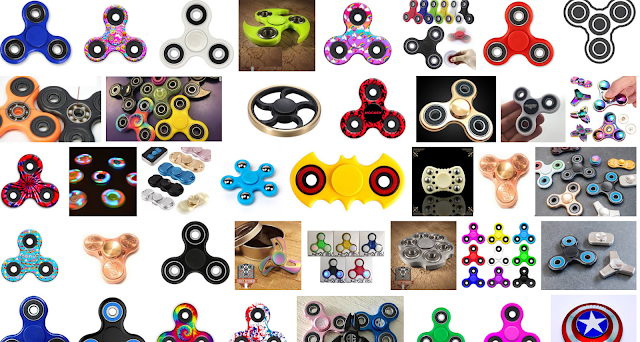 The Main Stream Media (MSM) and the NATO Alliance hammered President Trump because he did not explicitly refer to  Article 5  - the principle of collective defense, which  is at the  heart of NATO’s founding treaty, despite most members not paying their fair share, including Germany.

So, where is the NATO Alliance now that North Korea has threatened to attack the United States"  Except for Australia, Japan and South Korea, Crickete Street! 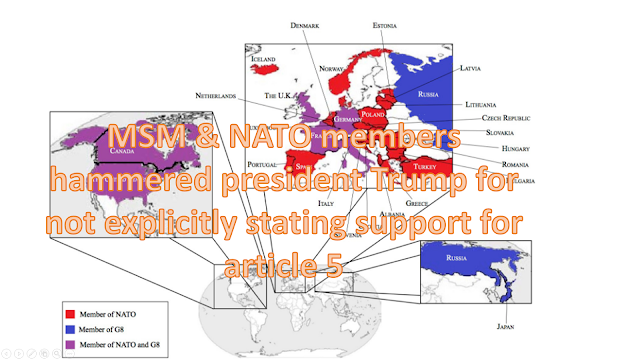 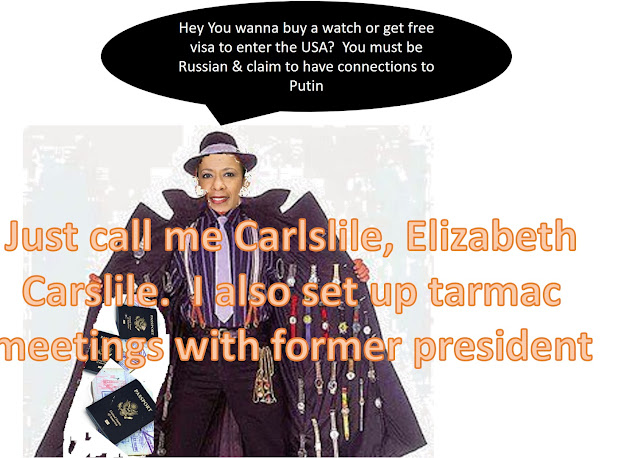 John McCain: A Maverick or a Demagogue?

John McCain, the Maverick - euphemism for the democrats and MSM USeful Idiot 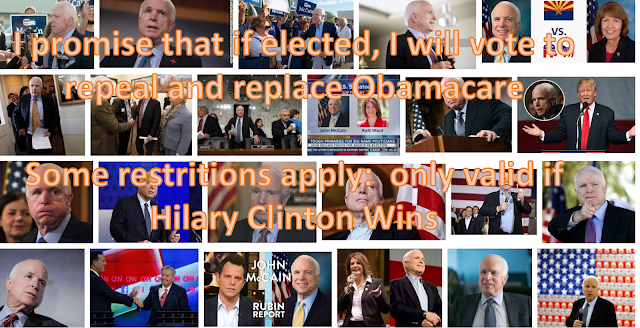 Senators John McCain & Lindsay Graham are the mainstream media/Democrats Useful Idiots.  They use the term "maverick" as an euphemism for a new type of leadership: the need to be liked.

Senator McCain, along with the majority in Congress got re-elected because they pledged to repeal and replace Obamacare. Some like the Three Amigas: Collins, Capito & Murkowski, also voted to repeal Obamacare, knowing full well their vote was meaningless, since they knew president Obama would not sign such legislation. Now when it counts, Senator McCain votes to keep Obamacare. Really!

What kind of maverick is that? The type of maverick who only swims with dead fish, and dead fish only swim with the current. And Democrats and MSM love their Useful Idiot.