Late last year, the Coto de Caza board of directors unanimously approved a measured aimed at isolating critics of the administration. In essence, the Coto de Caza board has done what Chavez has promised to do duringthe next 18 months: “.. to transform broad areas of public life, from the economy and the oil industry in particular, to "social matters" and the very structure of the state. His critics call it a radical lurch toward authoritarianism by a leader with unchecked power”, according to an AP report released earlier today.

"If you have all the power, why do you need more power?" said Luis Gonzalez, a high school teacher who paused to watch in the plaza the Chavez assembly, calling it a "media show" intended to give legitimacy to a repugnant move. "We're headed toward a dictatorship, disguised as a democracy.". Critics of the current Coto de Caza board have called it the most incompetent in the history of the community.
For complete AP article, click here:
Posted by JLA at 5:41 PM No comments:

NEWPORT BEACH - Charges have been filed against a landscaper for murdering his boss by repeatedly hitting him on the back of the head with a pick ax.

E. H. Avalos, 23, Santa Ana, is charged with murder with an enhancement for the personal use of a deadly weapon. He is being held on $1 million bail and faces 16 years to life in prison if convicted. His arraignment date has not been set. On January 29, 2007.

Avalos was working as a landscaper in a residential area in Irvine. When his boss gave him directions that he didn't like, Avalos is accused of taking a pick ax and beating him multiple times on the back of the head. When police arrived, Avalos is accused of going after the officers and attempting to attack them with a shovel.
Posted by JLA at 12:22 PM No comments:

In an important case establishing the legitimacy of blogs and protecting bloggers from being forced to disclose sources, Apple Inc. was ordered to reimburse $700,000 defendants for their legal fees. A California court made it clear to Apple that if the company wanted to find out who leaked details of an in-house development product to bloggers, they'd actually have to do it legally.

The drama begins in 2004, when Mac fan sites AppleInsider and PowerPage reported the technological details about a product codenamed "Asteroid."

Apple sought the identity of the sources who leaked the information by filing suit against the bloggers, and subpoenaed their email records from email service provider Nfox.com. The company claimed that the reports violated California's trade secret laws.

A Santa Clara County court ordered Apple to pay the legal fees of their opponent this month, a development considered "a large moral victory for bloggers," according to Macnn.com.

The case brought up several important questions related to the status of the blogosphere: Do bloggers qualify as journalists? Can blogs be considered news sites? Does a private company have the right to suspend the protection of journalistic sources guaranteed by the First Amendment?

Though the court didn't actually qualify the bloggers as journalists, it was assumed that they were journalists for purposes of opinion, according to the Electronic Frontier Foundation, who headed up the defense.

Though Apple claimed it had a right to protect its trade secrets, the EFF responded that the case wasn't about business rights, but about the means by which Apple can seek evidence. Subpoenaing journalist sources is not an acceptable means of discovery.

We have been following Steve Jobs and Apple since the mid 1980s. We can state unequivocally that the parallels between how Jobs has established a culture of secrecy is only rivaled by the Varo/Mezger boards.
Posted by JLA at 1:17 PM No comments:


Good to see that Coto residents continue to be conspicuously absent from this infamous log.
Posted by JLA at 10:32 AM No comments:

All tryouts will be held at Cox Sports Park in Ladera Ranch.
All participants must complete an online tryout registration available at: WWW.RSMSC.COM

SANTA ANA -- Contrary to what certain Coto de Caza Board of Directors may think, there is semblance of law and order in Orange County.

Former Orange County Assistant Sheriff George Jaramillo, 46, Dove Canyon, was convicted today of two felony counts -- perjury and misappropriation of public funds. Jaramillo is the highest ranking law enforcement official in Orange County's history to be convicted of any felony, including political corruption. Jaramillo entered his plea before the Honorable Frank F. Fasel, in C-35, Central Justice Center, in Santa Ana, this afternoon. Jaramillo was placed on three years of supervised probation, must serve one year of custody in jail, and was ordered to pay restitution in the amount of $10,000 among other probation terms. As a result of his plea agreement, the District Attorney agreed to dismiss the nine remaining felony counts and not to pursue a new charge of falsifying documents to be used in evidence. Jaramillo will be barred from holding public office for the rest of his life. As an attorney, Jaramillo must report his felony convictions to the State Bar. If he violates the terms and conditions of probation, he could be sent to prison for four years and eight months. Jaramillo lied under oath to the Orange County Grand Jury about getting paid to work for CHG Safety Technology, Inc., knowing such information was false.

Carol Haacker, Manager of Century 21 Beachside, says, “Alesha Arp’s commitment to education shows in the glowing recommendations from her clients and their willingness to refer Alesha to friends and family. We are proud to have her as part of our team.”

Alesha Arp can be reached at 949-306-4587 or AleshaArp@cox.net or www.OCsFinestCommunities.com

The Varo anti-CHP Sentiment continues: CHP Go HOME, KEEP OUT OF OUR DUIs!

The Coto de Caza gates, including the automated ones are as reliable as the public utilities in the outskirts of Baghdad, yet the association continues paying for services barely-rendered, no questions asked.

The board in a classic case of the blind leading the blind are training security personnel– yet the guards get a raise and a yearly contract.

The landscaping experts bring to Coto de Arizona (instead of the classic bucolic) look; oversee a $45,000 free trees renovation project, yet they get a raise and a yearly contract renewal.

The landscaping companies are pumped up in classic Orange County Register adporting; butcher trees then get a raise and a yearly contract.

The Varo boards have been coerced intro bringing back the CHP for proactive traffic patrol, two years in a row! So the CHP have only managed to reign in on the out-of-control traffic accident rate since first fired by the Varo CHP board and being called “extortionists” by same. So now their contract will be reviewed quarterly – “to make sure patrolling is evenly distributed throughout the year!
Posted by JLA at 10:55 AM No comments:

One of the reasons often cited to mislead residents…..…err attempt to justify the increase in CZ monthly dues was the need to bring services up to standard.

The board has gone on record and assert that since Keystone is unable to hire competent people, the board now directly hires their account executive assigned to Coto de Caza. It is not rocket legal science to figure out what happens to association liability as a result of the board’s actions.

Since the private security company is unable to provide even bare-bones training required by law when securing guard cards, the board has now decided to not only develop a guard training program, but do the training. Guess what happens to liability?

Since the private security employees cannot spell post orders, board members, with no prior experience have issued new post orders…… this is an egg, these are your brains…..any questions?

The only question may be, is this an attempt to bring services up to standard, or to lower the standard to meet the services provided?
Posted by JLA at 3:36 PM No comments: 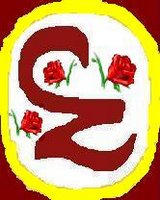 The US Senate, taking a page out of the CZ BOD playbook is set to consider a bill that in essence says:

“Thanks, but we do not want to hear from you, we know what is best, and we will spend your money anyway we see fit”

The unfair provisions of S. 1 are clearly designed to silence the voters who sent legislators to office to represent them, and prevent us from holding them accountable. Where have we heard this before?

CotoBuzz is urging readers to sign the petition below to protect your right to freedom of speech.
Posted by JLA at 2:29 PM No comments:

SHERIFF CARONA STARTS THIRD TERM – NOT WHAT WE WANTED TO SEE.

This morning, Sheriff Michael Carona and his Command Staff met with leaders of various labor
organizations representing Sheriff’s personnel to discuss past successes and upcoming opportunities and goals for the department and invite them to participate in shaping the future of the organization. Leaders from the Association of County Law Enforcement Managers, the Association of Orange County

Among several other priorities, the Sheriff and Assistant Sheriffs, along with Division Commanders, will continue to focus on inmate re-entry and reunification programs, expansion of the Forensic Lab and efforts to reduce turnaround time, expansion of the James A. Musick Jail Facility and, in the coming months, conduct a thorough analysis and review of the Immigration Cross Designation program.

The Sheriff’s priorities certainly reflect the stranglehold labor has on how the Sheriff’s department is being run, and not what residents really need.
Posted by JLA at 5:03 PM No comments: