As we started looking  into homeowners association litigation used in collections scams or as an enforcement mechanism to silence homeowners, we also saw that justice dispensed by the courts is not served equally. Specifically to HOAs, we saw judges like the Honorable John  Flynn who through cognitive bias or willful ignorance, allow HOA boards to claim they are not subject to local, state or even federal jurisdiction.  We also saw sentences for vehicular manslaughter differ  significantly as a function of demographics.  So, we thought that a Judicial Misconduct Tracker was necessary.

As we filed FOIA requests, willing to pay anything the court deemed was necessary, General Counsel for the Superior Court of California County of Orange Jeff Wertheimer, quickly responded to my request and was gracious enough to treat my request pursuant to California Rules of Court Rule 10.500.  His response was in essence:  Thanks you for your request and while we consider it, we cannot help you:  For this reason, even if you were willing to pay the considerable cost of generating the documentation, we are unable to provide you with the information you are requesting,”


The Argument for a Judicial Misconduct Tracker

We make the argument that voters should able to hold members of the judiciary, elected just like any other elected official  from the executive and legislative branch using metrics that are publicly available information, such as who voted for such and such legislation.  The public should be able to figure out any judicial biases. However, as noted above, the courts are shrouded in secrecy placing themselves above the law.

Having a repository, such as this page, can help with the development and promotion of a national judicial misconduct tracker.

Report after report shows that complaints to Judicial Disciplinary Agencies, to   State Prosecutors, State Legislatures the FBI, Congress and the DOJ are largely ineffective.  So are civil lawsuits.

Something more effective may be a Community Forum On JudicialAccountability (CFOJA).

Judicial Mafia: What The Pocono Record in Monroe County, PA do not want you to know. 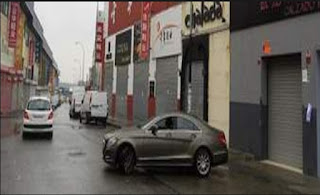 The Judicial Mafia of Monroe County PA!  What do you know!  I trust you may not be aware of this publication, as most are not.  Yes, what has gone on in the Monroe County, PA courts, the terrible victimizations and criminality committed against innocent people has been going on for quite some time and it probably still is.  Can you imagine how the victims feel?  Unless you, or a family member has been forces to endure the abuses and criminality carried out by those in the courts and attorneys and their accomplices, and in the HOAs the property thefts, but all the related judicial and legal abuses, you would have no clue, would you

Janet Phelan returns to Justice Served to discuss her on going work in investigative journalism, her new book, "Held Captive" and the growing concern over the incarceration of activists, as well as other timely and troubling issues in the American courts and legal system.

Janet Phelan's "articles have appeared in regional, national and international publications. She is the author of a previous collection of poetry, "The Hitler Poems", as well as "EXILE," an expose of an illegal intelligence operation which targeted a California family, with formidable implications for all. She currently resides abroad."

The Management of Dissent: How to Destroy an Activist | New Eastern Outlook
While the West, and the United States in particular, has repeatedly voiced criticism over human rights abuses in other countries, the US’s own record in terms of…
journal-neo.org

Welcome – This goal of this site is  to see an end to judicial corruption.  That cannot be done by mincing words.  Diplomatic approaches have failed because the inmates are now running the asylum.  Hopefully by educating and keeping the public informed of issues with our current legal system, enough people will get angry and aggressively pursue reforms and the punishment of corrupt public officials.  The information here is  based on academic research, experience  and the record. Check back often – it is always being updated. http://www.pacourtwatch.com

The agency charged with regulating California’s attorneys has failed to give a transparent view of its finances while its top tier of executives have enjoyed more generous salaries than the governor and attorney general, according to a scathing state audit report.
Read more.  http://www.latimes.com/local/lanow/la-me-ln-state-bar-audit-20160513-snap-story.html 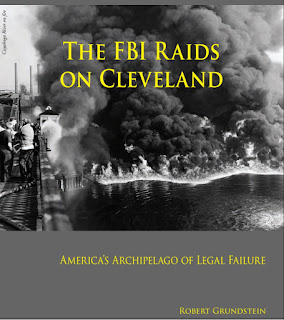 Mr. Grundstein’s pursuit of his interests has provided a good diversion from
making a living. His education includes liberal arts at the University of Michigan,
culinary training and a degree in piano performance. He has traveled on six
continents and produced many articles, editorials, social commentaries and
books. The subject matter of his works include public affairs, travel, food and the
culture of food.

Under duress, he will admit he went to law school and is a state bar member,
but found a dignified way to make a living.


He also loves hockey and is sure he’ll be drafted real soon.

We are looking into allegations of judicial misconduct in the Orange County California Small Claims Court system.

So far, we know that the California Commission on Judicial Performance, the independent state agency responsible for investigating complaints of judicial misconduct and judicial incapacity and for disciplining judges gets some 1,100 complaints per year with some 5% of judges being disciplined

Alleged Judicial Misconduct: Is Small Claims the right venue to settle  HOA disputes? The jury is still out in Orange County, CA

Coto de Caza, CA – The verdict  is in, in the Small Claims Court trial  30-2012-00570806-SC-SC-HLH,  held July 23, 2012,  against the Coto de Caza Homeowners Association, otherwise known as CZ Master Association. In the case, it was alleged that the association not only failed to comply with Civil Code § 1365 but that  it continues to claim it is beyond local, state and federal jurisdiction,   The Honorable John L. Flynn III ruled that the HOA board of directors  indeed is not under  the jurisdiction of state and  federal law. Sort of

Coto de Caza, CA – while most pundits speculated over what the Supreme Court would do about the individual mandate included in the ObamaCare legislation, most also warned not to read too much into the Justices’ line of questioning.  Most of the pundits were right on the latter, wrong on the fate of the individual mandate.