Michael Brown, an unarmed black teenager, was shot and killed on Aug. 9, 2014, by Darren Wilson, a white police officer, in Ferguson, Mo., a suburb of St. Louis. The shooting prompted protests that roiled and calls from President Obama, AG Eric Holder and the state AG general for justice for the teen, in essence, indicting the police officer.. On Nov. 24, the St. Louis County prosecutor announced that a grand jury decided not to indict Mr. Wilson.
The Chicago crime statistics show a city that has been spiraling out of control for decades.
President Obama has shortened the sentence of more people than the last five presidents combined
Arguably there is no consensus as to what the problems is, much less how to solve it   What most people agree on, however, is that comprehensive prison reform is required and that mental health is a major issue. 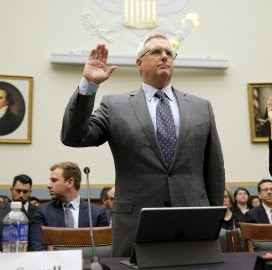 
Janet Phelan  new book, "Held Captive" and the growing concern over the incarceration of activists, as well as other timely and troubling issues in the American courts and legal system.

Janet Phelan's "articles have appeared in regional, national and international publications. She is the author of a previous collection of poetry, "The Hitler Poems", as well as "EXILE," an expose of an illegal intelligence operation which targeted a California family, with formidable implications for all. She currently resides abroad."

The Management of Dissent: How to Destroy an Activist | New Eastern Outlook
While the West, and the United States in particular, has repeatedly voiced criticism over human rights abuses in other countries, the US’s own record in terms of…
journal-neo.org

Substance abuse is a major concern across the US (https://www.drugabuse.gov/publications/drugfacts/nationwide-trends). In fact, everyone on the Prevention Coalition team has been personally affected by some form of addiction, whether we witnessed a loved one fall victim to the perils of drugs or alcohol, or struggled ourselves.
What we’ve also learned through our experiences is that there are many ways to seek support on the path to recovery. Below are a few resources that offer helpful insight to those who may be struggling (or love someone who is). Would you mind adding these to your helpful list of resources (here: http://cotobuzz.blogspot.fr/2011/05/orange-county-on-memorial-day-weekend.html)?
The Science of Addiction  http://www.shatterproof.org/pages/science-of-addiction
20 Secret Signs of Addiction  https://www.caring.com/articles/20-secret-signs-of-addiction
Treatment Approaches for Drug Addiction  https://www.drugabuse.gov/publications/drugfacts/treatment-approaches-drug-addiction
Addiction in the Waiting Room: How to Go to the Doctor in Sobriety  http://www.discoveryplace.info/addiction-waiting-room-how-go-doctor-sobriety
The Benefits of a Sober Summer and How to Achieve Them  http://www.narconon.org/blog/sobriety/the-benefits-of-a-sober-summer-and-how-to-achieve-them/
Runaways and Drug Abuse: 15 Ways to Reach Out and Make a Difference  http://www.drugrehab.org/runaways-and-drug-abuse-15-ways-to-reach-out-and-make-a-difference/
7 Tips for Mothers of Adult Addicts  https://www.psychologytoday.com/blog/lifetime-connections/201410/7-tips-mothers-adult-addicts

Rancho Santa Margarita, CA – President Obama today granted commutations to 58 individuals, 18 of whom had been sentences to life in prison. Deputy Attorney General Sally Q. Yates puts it this way:
“As a result of the President’s actions today, 58 more individuals, 18 of whom had been sentenced to life in prison, have been granted a second chance to lead productive and law-abiding lives.”   Nothing wrong with that.  Something similar was done with Gitmo prisoners, and where did they end up?  Why only 58?  Why not 50, or 500