Today, Ryan T. Young, FBI's Executive Assistant Director, Intelligence Branch Statement Before the House Oversight and Reform Committee titled:  HBCUs at Risk: Examining Federal Support for Historically Black Colleges and Universities reviews the threats to members of faith-based communities across the United States, houses of worship, and schools noting that these threats have been rising in recent years, as evidenced by the hostage-taking at Congregation Beth Israel, a synagogue in Colleyville, Texas, and the bomb threats against HBCUs that continue today. 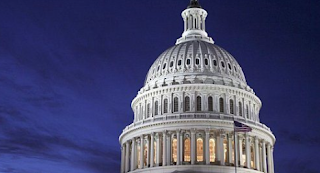 The Higher Education Act of 1965, as amended, defines an HBCU as: “…any historically black college or university that was established prior to 1964, whose principal mission was, and is, the education of black Americans, and that is accredited by a nationally recognized accrediting agency or association determined by the Secretary [of Education] to be a reliable authority as to the quality of training offered or is, according to such an agency or association, making reasonable progress toward accreditation.”   More than two months after funding expired, Congress approved  Dec. 10 the FUTURE Act, and President Trump signed it into law,  a bill that will restore and make permanent a $255 million per year funding stream for HBCUs  and other minority serving institutions (MSIs). The compromise bill hammered out in the Senate  streamlined the Free Application for Federal Student Aid (FAFSA) by making it easier for the Department of Education to gather information directly from the IRS, cutting at least 22 questions from the form. The FAFSA simplifications are estimated to save $2.8 billion over a decade,

Young described FBI efforts to engage with the served communities, including the creation of a a domestic terrorism/hate crimes fusion cell, "which brings together both our domestic terrorism expertise and our hate crimes expertise and ensures that the multidisciplinary nature of the problem is effectively addressed."  Additionally, the FBI created a Multi-Cultural Engagement Council, composed of ethnic, religious, and minority leaders to better understand these cultures and devise solutions to the threats facing these communities.

FBI’s outreach program includes works with minority groups, academic institutions, and religious, civic, and non-profit organizations toward crime prevention and local, national, and international safety campaigns and educational video screenings. The outreach efforts are ways the FBI  helps  individuals and families stay safe from cyber predators; help businesses protect against hackers and economic espionage; protect houses of worship, academic institutions, and workplaces against violent rampages; and help all citizens be alert to potential acts of terror and violent extremism, according to Young

In the statement, Young outlines the FBI outreach efforts with the private sector and academia: The Office of the Private Sector’s essential function is to strengthen the FBI’s relationships with private industry and academia to protect the nation’s economy and national security. OPS outreach comprises intelligence product information sharing, engagement through field office private-sector coordinators, issue-based collaboration through strategic engagement advisors, private-sector cooperation through the Domestic Security Alliance Council (DSAC) and InfraGard, and strong relationships through the academic program.

"This past month, in response to the numerous bomb threats targeting HBCUs, OPS partnered with OPE and DHS to host a partner call for HBCUs across the country. Approximately 1,400 participants were on the call, during which we provided a situational update, points of contact to report additional threats, and resources available to the academic institutions." - which appear more reactive than proactive as Young previously mentioned

Although outreach with houses of worship and faith-based groups falls under the purview of the Office of Public Affairs, OPE maintains the relationship with those in the faith-based community who are responsible for keeping the community safe and secure. Most notably, OPE works with the Secure Community Network (SCN), which is the official homeland security and safety initiative of the organized Jewish community of North America and other groups, such as groups related to the Catholic Church and the Church of Jesus Christ of Latter-Day Saints as well as the Anti-Defamation League (ADL). This role includes maintaining relationships with various national-level leaders in the faith-based community by establishing regular telephone calls between these groups and the FBI’s operational divisions. Additionally, OPE maintains regular contact with executives of these groups, responding to their concerns and keeping them informed of events of interest by leveraging FBI subject-matter experts from operational divisions to speak during these member calls.

The FBI's Office of Public Affairs helps inform, alert, and mobilize members of the public to assist in investigations and empower them to protect themselves from ongoing threats and crimes. And by doing so, OPA strives to enhance public trust and confidence by sharing information about the FBI’s responsibilities, operations, and accomplishments.

Young concludes that "houses of worship and HBCUs, along with other public spaces where people gather, require robust protection efforts, which start with effective partnerships." - Young's statement to the House repeats HBCU  several times, but does not explain why he singles these institutions out.  He also fails to mention that 37 State Constitutions include anti-Catholic language.  While Young's statement is consistent with previous FBI statements "the bureau intends to be proactive, not reactive yet what is mostly described in Young's statement seems reactionary."