What does “fire” mean – it all depends what “is” is 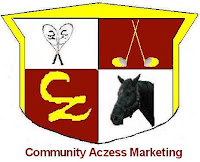 There is the paper airplane analogy, the 4-minute mile, or even Pat Riley’s 1%. In all these cases, the moral of the story is that in order to success, we must select the path less traveled by setting a bar so high, that casual competitors would never even dream reaching it . Then along comes President Clinton, setting the bar so low for integrity when he attempts to define what “is” is. More recently Presidential Candidate Governor Mit Romeny is redefining what “seeing” means – as in “you do not have to be there to “see”. Senator Barack Obama is defining what he means when he says he is not accepting money from lobbyist and closer to home, the Laguna Woods Village Third Mutual may try to define what “basic” means – as in, a director can be removed by simple resolution of the board if that director does not meet basic qualifications – wink, wink. Or what about direct democracy is Coto de Caza – say by changing CC&Rs to allow district delegates to say in office not one year, but two!

What about defining the terms “fire” and “dead”? Consider the following scenarios:

A lawyer purchased a box of very rare and expensive cigars, then insured them against fire, among other things. Within a month, having smoked his entire stockpile of these great cigars and without yet having made even his first premium payment on the policy, the lawyer filed claim against the insurance company. In his claim, the lawyer stated the cigars were lost "in a series of small fires." The insurance company refused to pay, citing the obvious reason that the man had consumed the cigars in the normal fashion. The lawyer sued.. and WON! In delivering the ruling, the judge agreed with the insurance company that the claim was frivolous. The judge stated nevertheless, that the lawyer "held a policy from the company in which it had warranted that the cigars were insurable and also guaranteed that it would insure them against fire, without defining what is considered to be unacceptable fire" and was obligated to pay the claim. Rather than endure lengthy and costly appeal process, the insurance company accepted the ruling and paid $15,000 to the lawyer for his loss of the rare cigars lost in the "fires". After the lawyer cashed the check, the insurance company had him arrested on 24 counts of ARSON!!! With his own insurance claim and testimony from the previous case being used against him, the lawyer was convicted of intentionally burning his insured property and was sentenced to 24 months in jail and a $24,000 fine.

CotoBlogzz Tagzz- use a social networking manager below to share this or any other article with others...more Defining what “dead” means.
A defending attorney was cross examining a coroner. The attorney asked, "Before you signed the death certificate had you taken the man's pulse?"

Newsvine
Google
Backflip
Digg
del.icio.us
The coroner said, "No." The attorney then asked, "Did you listen for a heartbeat?" "No." "Did you check for breathing?"

"No." "So when you signed the death certificate you had not taken any steps to make sure the man was dead, had you?"

The coroner, tired of the browbeating said: "Well, let me put it this way. The man's brain was sitting in a jar on my desk. But for all I know, he could be out there practicing law somewhere."

To confirm if a story is true or it is a hoax, check: Snopes.com

Breaking News: 2007 CZ Elections Results now Available from the CotoBuzz Journal! We can now predict with a reasonable degree of accuracy the results of the 2007 CZ Master Association Board of directors. The theme for the 2007 elections? Big Change!

Auditioning For a New Board or Getting Ready for the 2008 CZ Elections In the Delegates Corner column of the June 2007 issue of the CZ Newsletter (CotoVoice), a direct reference is made to the Coto Discussion Forum and characterized as a platform for “constant barrage of nastiness directed at public officials in the print and electronic media serves no useful purpose”, echoing previous interpretations of the (Jerry Mezger) meaning of the 2007 CZ elections that the entire community has tuned out and no one reads the blogs. CZ election results and record breaking May 2007 blogzz activity tell a significantly different story, however.

HOA Petitions – The Right Way and the Wrong Way We just received our own copy of D. Vanitzian’s California Common Interest Development Homeowner’s Guide and started to devour it. Given that the 2007 CZ Master Association board of directors elections are scheduled to use cumulative voting and a delegate system the state legislature has outlawed and that we have

Paraphrasing the OC Register on coverage of CZ Master Association Candidate?s Night.
In the article titled Delegates meet HOA board candidates, published May 17, 2007, new OC Register community reporter states that ?a moderator asked a range of questions that covered issues including security, direct voting, the possible installation of...
DaVaro Deception - Law and Order ! We don’t need no stinkin' law, WE are the law! VARO/MEZGER/HILL: Hell now, won’t go! – we will not leave the Coto de Caza board under any circumstances! Besides public safety, what has sparked the interest of several Coto Discussion Forum participants and CotoBlogzz readers is the issue of direct democracy within Coto de Caza. That is, given that recently the state legislature passed SB61 intending to obsolete a most corrupt district delegate and cumulative voting process, the question is, why did the Varo/Mezger/Hill board not adopt direct elections for the 2006-2007 board of directors elections? The response from the board was that there was simply not enough time.