Big Tech mourns the sale of Twitter to Elon Musk. 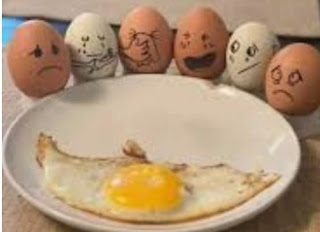 BigTech mourns the sale of Twitter to Elon Musk..  Will Musk be able to put Twitter back together again?

Not according to Pew Research.  Big Tech monetizes hate & division.  Covertly leans ProChina & AntiUSA, its algorithms reflect such bias.  In short, Bigh Tech and Twitter are diametrically opposed to Musk's desire for a free speech digital square free of bots & SNOs & open source algorithms.  According to Musk:  “Free speech is the bedrock of a functioning democracy, and Twitter is the digital town square where matters vital to the future of humanity are debated” 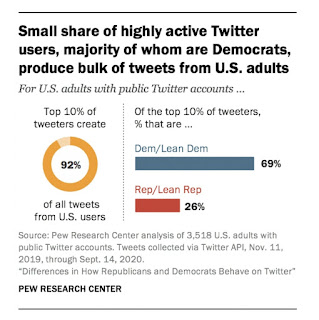 BigTech promised to democratize the world by offering free Internet. But it quickly carved out silos. According to Pew Research,  a small minority of users create the vast majority of tweets to drown out the opposition.  Some 70% of these prolific tweeters are democrat and 70% of their retweets contain misinformation - the bigger the lie, the more retweets. 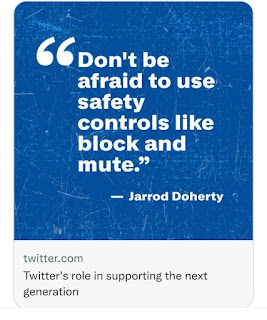 Twitter promotes Silo building as a safety measure - aka Intellectual Inbreeding, uses flags as call to action & deep scanning  to throttle the the opposition, including  coordinated inauthentic.

Big Tech censor and suppress conservative ideas. For example, approaching the 2020 election, according to a report by the Guardian, internal documents from Facebook suggest that the platform intentionally restricted the distribution of a New York Post report that allegedly revealed ties between Democratic presidential candidate Joe Biden and a Ukrainian energy company. The suppression was not automatic or based on Facebook’s AI and algorithmic approach to content, but rather done by hand by Facebook moderators.

According to the Daily Mail, YouTube has been accused of censorship after it was reveal that it has been removing the ability for users to make money from their videos if they express politically incorrect or offensive views. "And the latest video to fall victim to the site's new censorship rules is, ironically, one on left wing censorship."

We know for instance that Microsoft has a working relationship with a number of CCP-run organizations.  The Daily Wire reports that recently, Bill Gates has been complimentary of current CCP Chairman Xi Jinping. "The area of science, where China is now leading a lot of ways and willing to invest," Gates said, before boasting to a Chinese state-run media outlet, "that's been something I discussed with President Xi."   The National Pulse published an in-depth exposé into the partnership, revealing that the People’s Liberation Army (PLA) has been conducting research on bat coronaviruses alongside the Bill & Melinda Gates Foundation at the infamous Wuhan Institute of Virology, which is where the Wuhan coronavirus (Covid-19) is believed to have “escaped” after being sent there by Ralph Baric from the University of North Carolina at Chapel Hill. While Trade Spokesperson Peter Navarro has cited Microsoft's Bing search engine and Skype platform, saying they "effectively are enablers of Chinese censorship, surveillance and monitoring." Is this why the  FBI Christopher Wray on threats posed by Chinese Government was compelled to single out #LinkedIn

Pew Research also found that most people have multiple social media accounts. 90% of LinkedIn users, for example, use Facebook. 94% use YouTube, while 57% use Instagram.  While Edison  found that 64% of whites in the US use LinkedIn more than 16% of Hispanics. African Americans were at 6% while others were at 14%.  But Wray  fails to mention Tweeter, Facebook, Google, politicians or the media.. Consider that 1000s of Google employees walked out to protest the company working with the US government, but the same people  remained apathetic as Google continues to do work with company which directly benefits the Chinese Communists

By now it’s clear that Big Tech’s ideological bias targets and censors conservative voices, shrinks the marketplace of ideas, and undermines the foundation of our republic.

At least through email, I’m pretty sure my voice will reach you. And that’s why I’m asking you to stand with us.

All this says that Elon Musk's purchase of Twitter is a major disruption for Big Tech. It would not be surprising to see a massive exodus of progressive users away from Twitter toward the more conventional social media.

According to a DOJ's Office of Public Affairs,  four officials from China’s Ministry of State Security (MSS) and another man, were char...