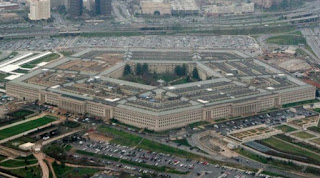 It continues to be relevant given the FBI 2021  Internet Crime Complaint Center (IC3) Internet Crime Report and the state-sponsored cyberactivity these past few days, including:

Learn to Hack Pentagon Computers Legally and Get Paid $150K

Posted By CotoBlogzz
Rancho Santa Margarita, CA – As evidenced by the recent spat between the FBI and Apple Computer and contrary to what Apple may claim, computer protection is not simply the best proprietary algorithm, but a series of carefully planned steps not unlike the Lockheed Martin Cyber Kill Chain®
Not too surprising then, the Pentagon announced a Hack-a-DOD program that runs through May 12, 2016 where contestants (would be hackers) will try to find vulnerabilities in the Department of Defense’s public websites for the ultimate price of $150,00, without going to jail!
Arguably, a major challenge in the initial stages of learning how to hack, is to legally use a network to try the various methods.  So, now you can learn how to hack legally and get paid for it.  The catch?   You have to agree to a background check before participating in the program.
In any case, you can still learn to hack as long as you have a MOM – motive, Opportunity and means.
We will briefly review what it takes to launch an attack, including different types of attacks and tools and techniques used in such an attack, with the following warning: 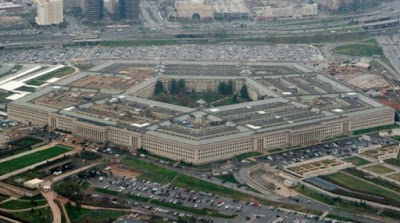 Various hacking activities may be punishable by law: Make sure you do not do anything that will land you in jail. Good intentions do not suffice - breaking in, or even probing, may still be a transgression even if it is done just in order to detect weaknesses and tell the system administrator about it.

On march 24, 2016 the US Department of Justice charged seven Iranian individuals who were employed by two Iran-based computer companies, ITSecTeam (ITSEC) and Mersad Company (MERSAD), that performed work on behalf of the Iranian Government, including the Islamic Revolutionary Guard Corps, on computer hacking charges related to their involvement in an extensive campaign of over 176 days of distributed denial of service (DDoS) attacks:

Individuals with MOM, including those above and those who may want to harm the Pentahgon, may want to use a combination of tools to implement an attack using a process such as the one below:

Tools:  There are a number of tools that can be used in the process,  including ping, phising simulators, password cracking tools and tools such as NMAP, Wireshark, Metasploit, Nessus, Aircrack, Snort and so on

What open ports are shown? What is the function of these ports? Are there any security implications on account of these ports being open?

You can launch a DoD attack using a number of tools, such as ping or Swithcblade

The utility ping sends one or more ICMP ECHO packets to a given host and times how long it takes before the echo arrives. Uses:
For Switchblade, refer to:   https://www.owasp.org/index.php/OWASP_HTTP_Post_Tool

For ransomware attack, review the following:

https://nakedsecurity.sophos.com/2013/10/18/cryptolocker-ransomware-see-how-it-works-learn-about-prevention-cleanup-and-recovery/
Attacks – Phishing
Develop a phising imitative targeting the Pentagon using Phising Simulators or use the one at Infosecinstitue.com. You may be surprised to know that a top Russian hacker was identified and caught, not because any weaknesses in his work, but because his wife, an avid Facebook user, led investigators to the hacker.  Leading to the Crypto MOM below. 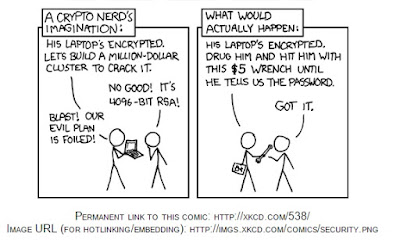 In a test, using the Infosecinstitute.com simulators, individuals who should have known better, fell for the scam more than once!

Since the Pentagon Challenge refer to Department of Defense’s public websites, you may want to refer to OWASP's Surface Area Minimization Cheat Sheets.

Addressing the human-as-a--security Paradox, in its 2016 Human Factor Report, finds that the number one reason why attacks are successful is that attackers infected computers by tricking people into doing it themselves.  At the number three spot, if found that attackers timed email and social media campaigns to align with the times that people are most engaged. At number nine, the report lists low-volume campaigns of highly targeted phising emails focused on one or two people within and organization to transfer funds directly to attackers.
Happy exploits and keep us posted on what works or does not work.
Posted by JLA at 5:43 PM