There was a time when walked to school and back . They did their homework as soon as possible so they could go play in the street.  They spent all their free time in the streets.  They played hide and seek in the dark. They played with mud cakes.  They played marbles and collected sports cards. They collected, washed and returned soda bottles to the grocery store for five cents each. They collected mil carton coupons so they could go to the movies for free. They made toys by hand.  Bought vinyl albums to play on record players listening to one music genre and one artist - not able to shuffle. They lined up in the morning and pledged alliance to the flag, and always stood for the National anthem. They joined the Boy Scouts and Girl Scouts. There were no mass shootings 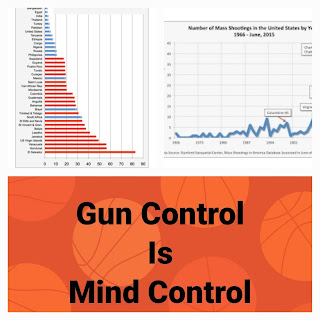 Then progressives kicked out God out of the public square.  Now kids are penalized for being confused about which pronoun to use. They are confused about their own identity. Children under 9 years of age are encouraged to make life-altering , some times irreversible decisions about their gender identity. They are encouraged to hate themselves, their peer and their country as a form of liberation.  Boys Scouts and Girl Scouts embrace intersection identity movement.  Mental healt crisis ensued and so did mass shootings. 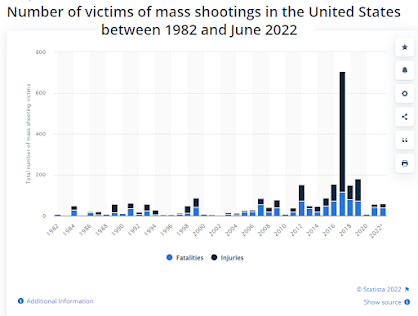 So we have another mass shooting - Another chance to point fingers

Another mass shooting is another chance to express righteous indignation.

Another chance to score political points.

The  mainstream media and Democrats blame the object.  Conservatives blame the subject.

Some blame it on toxic masculinity

Others blame it on mental health

While mass shootings are unique to the United States, homicides are not.  Other countries have it much worse. In 2021 New York recorded close to 500 homicides, as many as all the fatalities of mass shootings combined.  This is a state that has the toughest gun control laws in the country.

The gun control argument often used is like the one used to push the mask mandates - don't help the pandemic, but help control people:  states with stricter gun control laws like New York, score the highest homicide rates. Others say countries like Japan are better - comparing apples to pineapples:  There's a firm of social control called culture.

As  Occam’s Razor indicates, the simplest answer is the one in front of us:  The increase of mass shootings, homicides and mental health crisis is due to a spiritual bankruptcy -  Progressives kicking God out of the public square.  Bishop Barron explains it using the Notre Dame Rose Window.

The Atlantic's America without God piece by Shadi Hamid goes into some detail - though he misses badly in several areas, avoiding a discussion on increase in violence in Blue States, ANTIFA, BLM  & overblowing the  Jan 6th breach