I was caught by surprise this week when memes started circulating in social media accusing Pope Francis' of being silent regarding the US Supreme Court's historic decision to overturn Roe V. Wade, reminiscent of the old NFL Super Bowl MVP  player ambushed by the media that asked him:  "And now, now, what are you going to do?" And the response of course was:  "To Disneyland!" 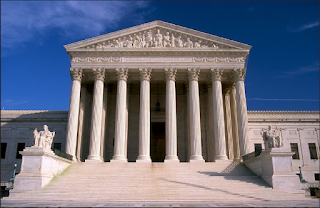 Carl DeMarco's piece titled No Comment: Pope Francis Remains Silent On Supreme Court’s Abortion Decision?  was yet another reminder. My initial Peter-eresque response was. "Right- why hasn't he spoken yet?" Then I remembered Matthew 16:23: "Jesus turned to Peter and said, “Get away from me, Satan! You are a dangerous trap to me. You are seeing things merely from a human point of view, not from God’s.” - 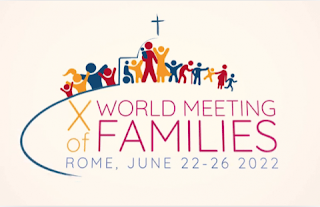 DeMarco goes on to write: "Since the Supreme Court’s ruling in Dobbs v. Jackson Women’s Health Organization, Pope Francis has remained largely silent on the historic ruling returning the power to restrict abortion to the states, despite church leaders from around the world applauding the decision"

So, why the question?  Who is the audience?  Does that mean Pope Francis doesn't care?  That he thinks it's not a big deal? That he's irresponsible? After all, even Catholic Media's reporting  like EWTN, National Catholic Reporter, National Catholica Register and so on suggests that the Holy Spirt has departed from the Catholic Church. If the audience is the Pope's flock, they all know what he thinks. We see it daily and or on Sunday services. There are signs all over the place celebrating life.  The Pope Himself, prioritized the X World Meeting Of Families (WMOF), in Rome June 22-26, 2022. At the Angelus on Sunday, Pope Francis calls the faithful to follow Jesus, who did not respond to opposition with anger and bitterness, but instead made a “resolute decision” to continue on to Jerusalem, knowing that rejection and death awaited Him there".  The Diocese of Rome and the Vatican Dicastery for the Laity, the Family and Life jointly released the official prayer for the Church event titled  “Family Love: Vocation and Path to Holiness"

If the intended audience of  Pope Francis is not the traditional Catholic Church, but for presumably for pro-Abortion Catholics or non believers, the audience expects the Pope to spike the ball and add fuel to fire?  We already know.  When a reporter asked Pope Francis about Joe Biden, a self described devout Catholic promoting abortion, the Pope answered:  What must the pastor do? B

e a pastor, don’t go condemning.” The Pope's views of the LGBT community are similar but consistent with  Matthew 5:43 “You have heard that it was said, ‘You shall love your neighbor and hate your enemy.’ But I say to you, Love your enemies and pray for those who persecute you, so that you may be sons of your Father who is in heaven. For he makes his sun rise on the evil and on the good, and sends rain on the just and on the unjust. For if you love those who love you, what reward do you have? Do not even the tax collectors do the same? And if you greet only your brothers, what more are you doing than others? Do not even the Gentiles do the same?

Often time silence speaks louder than words, but the secular world and the Pope's critics prefer to react like Peter would.