So we have another mass shooting - Another chance to point fingers. Another mass shooting is another chance to express righteous indignation.  One more photo op.  Another opportunity to see who comes up with the most shocking headlines - using children as props to denounce violence against children . See for example  Newport Beach Mayor video. Another chance to score political points.  Unless is the attempted murder of Justice Brett Kavanaugh.  If you have not heard of the attempted murder of Justice Kavanaugh, there is a simple explanation.  Fox News' Gabriel Hayes reports that " several major U.S. newspapers – and their corresponding websites – hardly mentioned, or outright ignored, the attempted assassination of Supreme Court Justice Brett Kavanaugh on the front pages of their Thursday morning editions," while Michael Nobles in a post in the  simpliliberty.com  blog writes: "Many news networks on June 12 omitted mention of the recent attempted murder of Supreme Court Justice Brett Kavanaugh, even though some touched on issues facing the nation’s top court. All Sunday morning shows on CNN, CBS, NBC, and ABC did not cover the attempted killing, which took place on June 8. Fox News covered the topic during “Fox News Sunday.” Several shows brought up the Supreme Court in other contexts. On CNN’s “State of the Union,” host Dana Bash noted that the Supreme Court is poised to strike down Roe v. Wade before asking Rep. Alexandria Ocasio-Cortez (D-N.Y.) about the upcoming midterm elections. Bash also mentioned the nation’s top court declined to take up a case involving elections in Pennsylvania.

The good news is that in the US Senate a "bipartisan" group of senators announced an agreement for gun safety legislation Sunday, which includes "needed mental health resources, improves school safety and support for students, and helps ensure dangerous criminals and those who are adjudicated as mentally ill can't purchase weapons.  The quotation marks on bipartisan is intentional.  By definition, bipartisanship is used  in the context of a two-party system, in which opposing political parties find common ground through compromise. Partisanship is the antonym, where an individual or political party adheres only to its interests without compromise.  In the announcement, only ten Republican senators agreed - hence, technically it is not bipartisan.  The bigger issue however, is not only the hypocrisy but also gun control debate is a sysyfusian effort:  Demagogues do something, but solves nothing.  The proposed agreement is case in point:  Would not fix Chicago, does not stop mass shootings, but it makes people politicians look like they are doing something.

In the gun control debate, The mainstream media and Democrats blame the object. Conservatives blame the subject. Some, like California Governor Gavin Newsom and the LA Times,  blame it on toxic masculinity. "After a 19-year-old man killed three people and wounded more than a dozen others at a festival in Gilroy, Calif., in late July, California Gov. Gavin Newsom noted something often taken for granted about mass shootings. “These shootings overwhelmingly, almost exclusively, are males, boys, ‘men’ — I put in loose quotes,” Newsom said during a news conference. “I do think that is missing in the national conversation.”
Others, Like President Trump blame mental illness for mass shootings. Perhaps because it was President Trump said it, FactCheck.org did not him him a full win: "Available evidence suggests that people with mental health disorders are more likely than those without such conditions to commit acts of mass violence. But many mass shooters do not have mental illnesses, and having a mental illness isn’t predictive of who will perpetrate a mass shooting. The factors that drive someone to commit an act of mass violence are complex, and while they sometimes may include mental illness, it has not been shown that mental illness is the primary cause of mass murder. Furthermore, while serious mental illness is associated with a somewhat higher risk of being violent, most people with those illnesses are not violent, and most violence is committed by people who do not have psychiatric conditions."
While mass shootings seem to attract politicians cow manure attracts flies. they are not
unique to the United States.  Other countries have it much worse. In 2021 New York recorded close to 500 homicides, as many as all the fatalities of mass shootings combined. This is a state that has the toughest gun control laws in the country.

The gun control argument often used is more like putting lipstick on a pig:  states with stricter gun control laws like New York, Chicago or Los Angeles,  score the highest homicide rates. Others say countries like Japan are better - which is comparing apples to pineapples.  The biggest difference is national identity and culture
The  simplest answer is the one in front of us: The increase in mass shootings, homicides and mental health crisis is due to a spiritual bankruptcy - Progressives kicking God out of the public square.
There was a time when children walked to school and back . They did their homework as soon as possible so they could go play in the street. They spent all their free time in the streets. They played hide and seek in the dark. They played with mud cakes. They played marbles and collected sports cards. They collected, washed and returned soda bottles to the grocery store for five cents each. They collected mil carton coupons so they could go to the movies for free. They made toys by hand. Bought vinyl albums to play on record players listening to one music genre and one artist - not able to shuffle. They lined up in the morning and pledged alliance to the flag, and always stood for the National anthem. They joined the Boy Scouts and Girl Scouts. There were no mass shootings
That generation grew up watching: Gunsmoke, Big Valley, The Virginian, Have Gun Will Travel, Laramie, Bonanza. Branded, Maverick. These films were not only popular in the United States but worldwide. That generation built its own wooden rifles, slingshots and played Cowboys and Indians. Their parents could buy a rifle directly from a Sears Catalog.  There were no mass shootings
That generation learned about American exceptionalism and the pursuit of excellence - A quality that people really appreciate, because it's so hard to find, we have to wait for the Olympic games. Getting an A+ shows excellence. Winning a professional sports championship demonstrates excellence. - , it also learned about priorities: The pursuit of wealth, power, honor and pleasure will never satisfy. S.O.'s single illustrates the point:

How it feel like, chasing the wind hommie? Don’t we do it all the time? We never chase God but think that the women or the money will forever satisfy. That ain’t what we were designed for & I can tell you that with my eyes closed or blindfolded. It’s mind-blowing, our souls need God cuzzy that there I know, [brotha] yes I know

That generation was not confused about intersection identity: They knew there were only two genders and one nation under God indivisible with liberty and justice for all. They did not get participation points. They celebrated John Wayne for his character and did not even think about toxic masculinity. Or toxic femininity, for that matter. That generation was not depressed. That generation did not experience mass shooting or a mental health crisis.

Then in 1963 the Supreme Court in Abington Township v. Schempp (1963) decided that teaching children about wisdom, understanding, counsel, fortitude, knowledge, piety, fear of the Lord., charity, joy, peace, patience, kindness, goodness, generosity, gentleness, faithfulness, modesty, self-control, chastity was so radical that required Bible readings in public schools was unconstitutional.  Guess what happened next?  Mass shootings!  No.  There was no influx of males to indicate toxic masculinity was the root causee

A Pew Research Center telephone surveys conducted in 2018 , shows a steep decline in Christianism. 65% of American adults describe themselves as Christians, down 12 percentage points over the past decade. Meanwhile, the religiously unaffiliated share of the population, consisting of people who describe their religious identity as atheist, agnostic or “nothing in particular,” now stands at 26%, up from 17% in 2009.

Now children are penalized for using the wrong pronoun. Last month a school district in Kiel, Wisconsin, a city of 3,600 residents, charged three eighth-graders at the Kiel Middle School with sexual harassment after an incident in April in which the students refused to use “they” to refer to a classmate who had switched pronouns a month before the incident 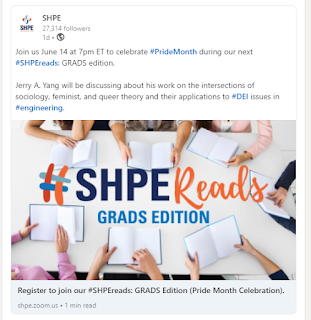 Now children are confused about their own identity, Civic studies have been replaced with social studies. Adding fuel to the confusion are professional organizations such as the Society of Professional Hispanic Engineers with the stated mission: "SHPE's mission is to promote the development of Hispanics in engineering, science and other technical professions to achieve educational excellence, economic opportunity, and social equity. We fulfill this Mission by increasing educational opportunities, promoting professional and personal growth and reinforcing our reputation as a vital Hispanic organization. We also carry out our social responsibility to be involved in education, business and enhancing pride within our organization". That organization is now teaching about intersections of sociology, feminism and queer theory and their application to DEI issues in engineering. I know STEM. I know engineering. I skipped Middle School & graduated HS early with honors. I earned a BSEE with a minor in Biomedical Engineering while working full time and without an internship - no one to lend a hand. I eventually managed engineers from MIT, Berkley, Stanford & so on. Engineering, like medicine, is a jealous profession: no time for entertaining Intersection Identity issues. Social engineering is not real engineering
Now children under 9 years of age are encouraged to make life-altering , some times irreversible decisions about their gender identity. They are encouraged to hate themselves, their peer and their country as a form of liberation.  Now the Boys Scouts and Girl Scouts are no longer the go-to children organizations.
Is it really that difficult to understand why we are experiencing a mental health crisis and an increase in mass shootings.?
Posted by JLA at 4:21 PM