Juneteenth and the Catholic Church

As we celebrate Juneteenth, let us not forget that the Catholic Church has been advocating social justice since it was founded.  As is usually the case, corporate greed takes over, such as is the case building casinos in the Reservation, or enabling the Russian Invasion of Ukraine or human rights abuses in China:

The New Testament stressed equality of all mankind : 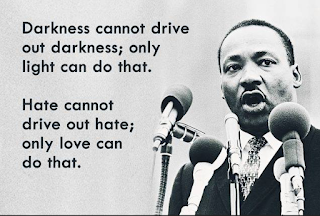 Romans 2:11: For God shows no partiality.

John 13:16:  Truly, truly, I say to you, a servant is not greater than his master, nor is a messenger greater than the one who sent him.

Acts 17:26: And he made from one man every nation of mankind to live on all the face of the earth, having determined allotted periods and the boundaries of their dwelling place,

Acts 10:34:  So Peter opened his mouth and said: “Truly I understand that God shows no partiality,

Romans 10:12: For there is no distinction between Jew and Greek; for the same Lord is Lord of all, bestowing his riches on all who call on him.

And so on. While initially the Church's influence over culture was limited, gradually it was able to take a stance, such as:

From 1435 to 1890, there are numerous bulls and encyclicals from several popes written to many bishops and the whole Christian faithful condemning both slavery and the slave trade

In 1453 Pope Eugene IV issued a fierce order against Portuguese slave traders in the Canary Islands to release all men & women at once. Pope Eugene IV was clear in his intentions both to condemn the enslavement of the residents of the Canary Islands, and to demand correction of the injustice within 15 days. Those who did not restore the enslaved to their liberty in that time were to incur the sentence of excommunication ipso facto

The date 1435, is very significant. Nearly 60 years before the Europeans were to find the New World, there was already papal condemnation of slavery as soon as this crime was discovered in one of the first of the Portuguese geographical discoveries

In 1537 (Sublimis Deus) Pope Paul III forbade the enslavement of native people in the New World. - Sublimis Deus, is regarded as the most important papal pronouncement on the human condition of the Indians, advanced the cause of social justice.

Two other bulls were published to implement the teaching of Sublimis, one to impose penalties on those who failed to abide by the teaching against slavery, and a second to specify the sacramental consequences of the teaching that the Indians are true men.

In 1741, with slave owners being slow to heed the advice, Pope Benedict XIV condemned slavery in the New World again

Saint Peter Claver, patron of slaves spent his life ministering to Africans in the filthy hulls of the slave ships traveling to South America

In 1888 Pope Leo XIII sent out the encyclical In Plurimism on the abolition of slavery in 1888, ordering Brazilian bishops to abolish slavery.