The DOJ US Attorney's Office in Sothern District of California announced that  Chenyan Wu and Lianchun Chen, a married couple who worked as research scientists for a major American pharmaceutical company, pleaded guilty in federal court today to criminal charges stemming from their efforts to gather confidential mRNA research from that company to advance the husband’s competing laboratory research in China. Yet another case of an Inside Job 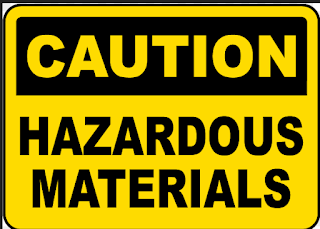 In February 2021, Wu shut down TheraMab in China and attempted to move his laboratory to the United States.  He packed up its contents into five suitcases. On May 8, 2021, Wu arrived with the five suitcases at Seattle-Tacoma International Airport on Delta Flight 288, originating in Shanghai, China. He planned to transit through Seattle and had a flight home to San Diego later that day.

Upon entry into the United States, Wu filled out a U.S. Customs form. He did not declare any biological or chemical items on the form, nor did he declare these items in person to the Customs officer while going through Customs Inspection. While inspecting the defendant’s suitcases, officers discovered chemical and biological samples, medical/biological equipment, and research documentation, all of which had been undeclared and was improperly packaged. They detained the items. Initial inspection revealed about 700 to 1,000 unlabeled centrifuge tubes, which appeared to contain proteins and multiple containers of lab chemicals. Labeled samples appeared to include potentially hazardous materials. In fact, one bottle contained a warning photo with the skull and crossbones image and the words “harmful if swallowed … toxic if inhaled.”  Another bottle contained the warning statements “fatal if inhaled … harmful if swallowed.” Customs and Border Protection (CBP) officials seized all five suitcases.

FBI Seattle’s Hazardous Evidence Response Team (HERT) deployed to Seattle Tacoma International Airport to help CBP inventory the items, field screen them for biological and chemical materials, and collect them as evidence. CBP transferred custody of the items to the Seattle HERT, which then repackaged the items safely and submitted them to an FBI laboratory for further analysis.

On June 25, 2021, the FBI Laboratory Division Scientific Response and Analysis Unit issued a report identifying imidazole, nickel sulfate, ethidium bromide, ammonium persulfate and chloroform in the bottles, which Wu brought with him from China. These are all identified as hazardous materials under U.S. Department of Transportation regulations and must be reported upon entry into the United States.