November 1st is the Solemnity of All Saints in the Universal Church, where Solemnity (from Lat. solet and annus), is a yearly celebration, is used to denote the amount of intrinsic or extrinsic pomp with which a feast is celebrated. Intrinsic solemnity arises from the fact that the feast is primarium for the entire Church, or for a special place, because in it a saint was born, lived, or died; or because his relics are honored there. Extrinsic solemnity is added by feriatio, by the number of sacred ministers, decoration of the church or adjoining streets, the ringing of bells, the number of candles, costly vestments, and so on. All Saints' Day (All Hallows') is in the middle of the triduum Halloween and All All Souls' Day. These three days taken together called Allhallowtide, Hallowtide, Allsaintstide, or the Hallowmas 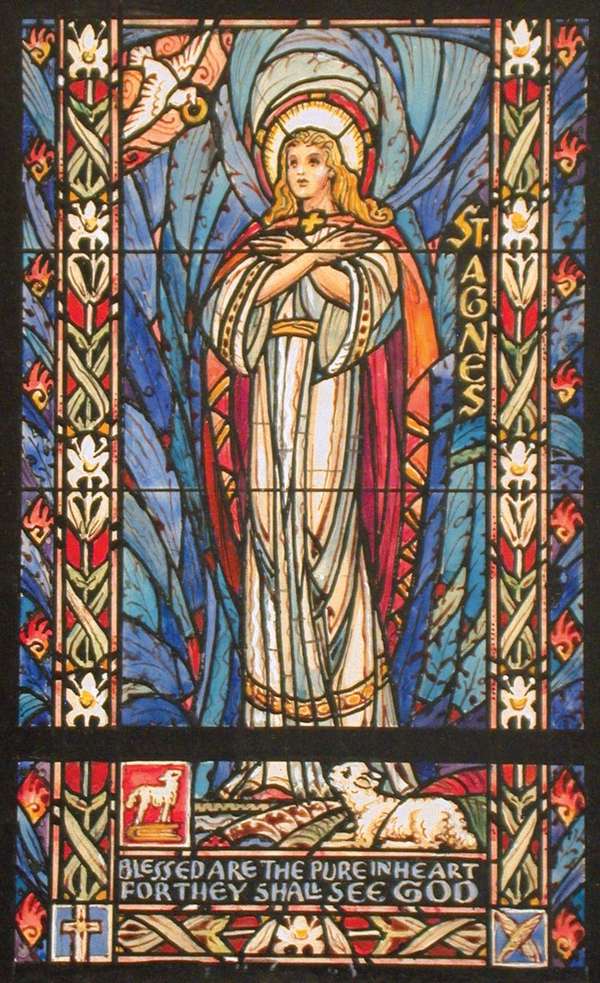 This feast first honored martyrs. Later, when Christians were free to worship according to their consciences, the Church acknowledged other paths to sanctity. In the early centuries the only criterion was popular acclaim, even when the bishop’s approval became the final step in placing a commemoration on the calendar. The first papal canonization occurred in 993; the lengthy process now required to prove extraordinary sanctity took form in the last 500 years. Today’s feast honors the obscure as well as the famous—the saints each of us have known.

. Currently the Catholic Church venerates over 10,000 saints and illustrates the diversity and inclusion of the Universal Church. There is a Patron Saint for everybody, every profession, hobby, and craft:  St. Isidore, seventh century Bishop of Seville is the patron saint of internet surfers. He wrote a 20 book encyclopedia of etymologies “an important source for the history of intellectual culture in the early middle ages, gathers together the elements of secular learning and adds a great deal of ecclesiastical information. Its wide use in medieval education is attested by the more than a thousand extant manuscripts, second only to the number of manuscripts of the Bible. In it, Isidore sets out the etymology or "true meaning" of words - to him, the fundamental means to all knowledge.”  Then there is Saint Drogo, a 12th century French hermit and shepherd, patron saint of coffee lovers and ugly people.

History of the Solemnity of All Saints Day

Today's solemnity, a Holy Day of Obligation,  began in the 4th century to commemorate all the Christian martyrs during those centuries of brutal persecution before Christianity was legalized.  After Christianity was legalized throughout the Roman Empire and the violent and bloody persecutions came to an end, it was common to commemorate the martyrs in various areas around the empire. This is reflected in the writings of the saints like St. Ephrem (d. 373) and St. John Chrysostom (d. 407) making reference to a commemoration of all saints.

In the early seventh century, after successive waves of invaders plundered the catacombs, Pope Boniface IV gathered up some 28 wagon-loads of bones and reinterred them beneath the Pantheon, a Roman temple dedicated to all the gods. The pope rededicated the shrine as a Christian church. According to Venerable Bede, the pope intended “that the memory of all the saints might in the future be honored in the place which had formerly been dedicated to the worship not of gods but of demons” (On the Calculation of Time).The rededication of the Pantheon, like the earlier commemoration of all the martyrs, occurred in May. Many Eastern Churches still honor all the saints in the spring, either during the Easter season or immediately after Pentecost.


Pope Gregory III consecrated a chapel at St. Peter’s Basilica to all the saints, as well, with an anniversary date of Nov. 1. Rome adopted Nov. 1 as the date of the feast of All Saints in the eighth century, and in the ninth century Pope Gregory IV extended that observance to the whole of the Latin Church. Now, All Saints’ Day is a holy day of obligation and recognized as one of the most important feasts on the liturgical calendar.

All Saints' Day Hijacked by Consumerism

Halloween is the vigil of All Saints’ (“Allhallows Eve” or “Hallow E’en”), hijacked by the pagan, demonic, and secular.  You may have experienced something similar yesterday seeing houses gaudily strewn with fake spiderwebs, skeletons, and repulsive cadavers. Some Christians have withdrawing completely from this holiday, since it seems like the domain of the devil.  However,  the proper celebration of Halloween is very much a part of Catholic tradition.  Note that because of her Protestant leanings, Queen Elizabeth I forbade the traditions associated with All Souls’ Day. But these customs escaped her anti-Catholic, anti-fun edicts and have made their way down the centuries to us today. 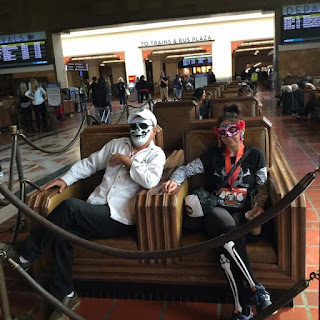 The saints are our friends, our intercessors, our brothers and sisters in Christ. They care deeply for us, and their lives are recognized by the Church as exemplary, as models to follow. In fact, we are all called to be saints.  St. Paul, in his First Letter to the Corinthians, wrote “to the church of God that is in Corinth, to you who have been sanctified in Christ Jesus, called to be holy, with all those everywhere who call upon the name of our Lord Jesus Christ, their Lord and ours” (1 Cor 1:2). Still they are a tough act to follow. And then we are told that no one deserves to be a saint:  as it is written: “There is no one who is righteous, not even one” (Romans 3:10).  What a conundrum – no wonder it’s easier to sell Halloween than All Saints Day! Lucy Fuchs, PhD implies that if you want to become a saint, you need a lobbyist: “ More than 80 percent of the canonized saints are clerics or members of religious orders. Since canonization takes so long, one needs a group dedicated to the work of seeing it through to Rome.” But then quickly adds:  In spite of this, it is important for us to remember that those who have become saints did so not because of the so-called great deeds they performed, but because of the love of God and neighbor that drove them. We don’t have to look hard to find the truth of this. All we need are the words of St. Paul: