Another illustration Of How Insiders can Commit Any Crime, Including Voter Fraud.

These defendants cared more about enriching themselves through a series of bribes and kickbacks- Joleen D. Simpson. And taint the good name of law enforcement agent

BOSTON – Yesterday, the former President of the State Police Association of Massachusetts (SPAM) and the union’s former Massachusetts lobbyist, Dana A. Pullman, 60, of Worcester, and Anne M. Lynch, 71, of Hull, were convicted of racketeering, fraud, obstruction of justice and tax crimes.

SPAM is an association consisting of more than 1,500 Troopers and Sergeants from the Massachusetts State Police (MSP). SPAM acts as the exclusive bargaining agent between its members and the Commonwealth of Massachusetts regarding the terms and conditions of SPAM members’ employment. 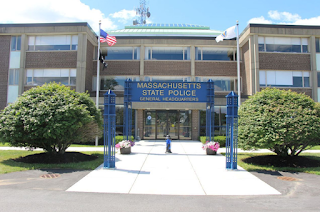 Pullman, who was an MSP trooper from 1987 to 2018, was the President of SPAM from 2012 until his resignation on Sept. 28, 2018. Lynch’s lobbying firm represented SPAM during the same time period, in exchange for monthly retainer payments.

From at least 2012 until Pullman resigned as the President in September 2018, Pullman and Lynch turned SPAM into a racketeering enterprise, using Pullman’s position and power to defraud SPAM. Pullman and Lynch defrauded SPAM members and the Commonwealth of their right to honest services when Lynch paid Pullman a $20,000 kickback in connection with a settlement agreement between SPAM and the Commonwealth.

insiders with a motive can commit any crime. Including voter fraud. This is done in a number of ways: Hacktivism, overcoming the Account Payable, Accounts Receivable Obstacle (AP/AR) obstacle, Plausible Deniability, Algorithms, Brute force, Lie & Deny, entombment & so on Just today, Milwaukee Election Commission official Kimberly Zapata charged with felony and misdemeanor counts over fraudulent military ballots.  I have dozens of examples of insiders abusing the system, yet DOJ/FBI/MSM seem to disregard it

In this case, Pullman and Lynch defrauded two different companies that sought to do business with the MSP by hiding from the vendors the fact that Lynch was paying Pullman to direct vendors to use Lynch’s services. The defendants hid the payments from Lynch and her lobbying firm to Pullman in a manner designed to avoid reporting and paying taxes on that income to the IRS

Additionally, Pullman embezzled and misused SPAM funds for personal use by using a debit card tied to a SPAM bank account to pay for thousands of dollars of meals and travel for an individual with whom Pullman was having a romantic relationship. “Instead of honestly representing the interests of the more than 1,500 Massachusetts law enforcement professionals, these defendants cared more about enriching themselves through a series of bribes and kickbacks. Today’s guilty verdict affirms that their actions violated the trust given to them and this conduct will not go unpunished,” said Joleen D. Simpson, Special Agent in Charge of Internal Revenue Service-Criminal Investigation, Boston Field Office.