Bob Fertik President of democrats.com is not happy withElon Musk.  In fact, his last mass mailing calls Elon Musk a traitor for endorsing GOP traitors, where a traitor is one who violates his allegiance and betrays his/her country; one guilty of treason; one who, in breach of trust, delivers his country to an enemy, or yields up any fort or place entrusted to his defense, or surrenders an army or body of troops to the enemy, unless when vanquished; also, one who takes arms and levies war against his country; or one who aids an enemy in conquering his country.  His reasoning is that “These Traitors voted against certifying the landslide victory of Joe Biden right after MAGA's violent assault on the Capitol on January 6. They willingly joined a GOP coup d'etat to keep Trump in power.”

Therefore, he urges his following of patriots to vote for abortion and by using “SwipeBlue - the most powerful GOTV tool ever invented” 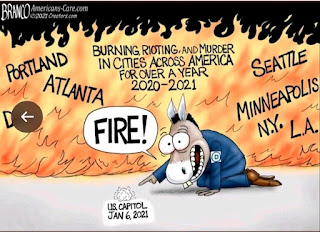 Because these companies pulled their advertising from Twitter, it’s easy to see they agree with Fertik: 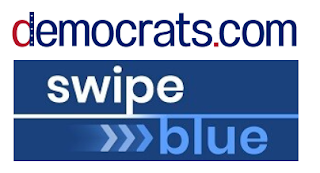 These Traitors voted against certifying the landslide victory of Joe Biden right after MAGA's violent assault on the Capitol on January 6. They willingly joined a GOP coup d'etat to keep Trump in power.

Musk supports Traitors because he's the world's richest man - worth $254 billion - and these Traitors will cut his taxes. Musk now owns Twitter and has 115 million followers who may help him elect Traitors - who will pay for Musk's tax cuts by cutting jobs, health care, education, Social Security, environmental protection -  and everything else we urgently need.

So we must stop Elon Musk by making sure every Democrat votes on Tuesday.

1. Make sure ALL your friends vote by using SwipeBlue - the most powerful GOTV tool ever invented. In 10 minutes you can mobilize 10 Democratic friends - 60 in an hour!

2. Vote for prochoice candidates all the way down the ballot with the #VOTEPROCHOICE Voter Guide - because our reproductive freedom is at stake.

Text your Democratic friends with SwipeBlue!

SwipeBlue helps you find all your Democratic friends by securely matching your phone contacts to the public voter file, while fully protecting your privacy.

Then SwipeBlue makes it easy and fun to ask your Democratic friends to vote by swiping them blue - like Tinder for voting. Then you can send them our friendly voting text.

Studies show texts from friends are 29 times more effective than texts from strangers. Why? Because your friends trust you.

Use the #VOTEPROCHOICE Voter Guide!

And when you vote this year, it is crucial that you vote for pro-choice candidates at all levels - Congress, state, and even local. That's because every elected official will play a crucial role in protecting our reproductive freedom.

The amazing #VOTEPROCHOICE Voter Guide shows endorsements and recommendations from 150+ organizations down to the local level - including judges, prosecutors, and referenda. It also helps you preview your ballot and choose your pro-choice candidates in advance.

Thanks for all you do.

p.p.s. if you're reading this on a computer then point your cellphone camera at our QR code to find SwipeBlue in your app store.