On Tuesdsy United States Attorney Roger B. Handberg announced the partial unsealing of an indictment charging eight with Racketeer Influenced and Corrupt Organizations (RICO) conspiracy. RICO allows for prosecution of all individuals involved in a corrupt organization. For mob prosecutions, that means that the government can go after top leadership as well as the hit men and capo. A ninth conspirator was charged, and the indictment will be fully unsealed when that conspirator is arrested. 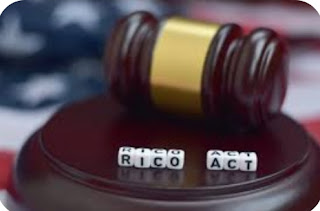 
According to the indictment and doĺcuments, from 2015 through 2019, the defendants and numerous other conspirators—including a now-deceased conspirator who is referenced in the indictment as RICH4EVER4430. banded together to engage in a sophisticated cybercrime and tax fraud scheme.

Jenkins, Michel, Propht-Francisque, Cherelus, and RICH4EVER4430 purchased on the dark web server credentials for the computer servers of Certified Public Accounting (CPA) and tax preparation firms across the country.  The dark web refers to content on the internet that is intentionally hidden and requires special software, like , to access. The dark web is a subset of the , which is all content on the internet that isn't indexed by search engines. 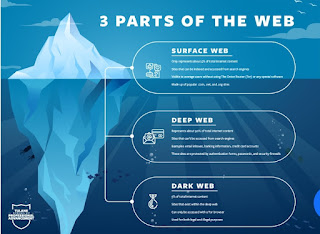 They used those server credentials to remotely and covertly commit computer intrusions and exfiltrate the tax returns of thousands of taxpayers who were clients of those CPA and tax preparation firms. Those tax returns included the clients’ names, dates of birth, Social Security number.and financial information.

Jenkins, Michel, Propht-Francisque, Cherelus, RICH4EVER4430, and other conspirators then partnered with Jacques, Elan, Poix, Jolteus, and others to form an enterprise through which they filed thousands of false tax returns in the names of more than 9,000 identity theft victims.

Members of the enterprise created and operated at least six fraudulent tax preparation businesses in south Florida, and used those businesses to file many of these false tax returns. The conspirators directed the resulting tax refunds to debit cards and bank accounts that they controlled. Also, to make the businesses appear more legitimate, members of the enterprise opened bank accounts in the names of these fraudulent tax businesses to receive fake “tax preparer fees.” Members of the enterprise also registered with the Internal Revenue Service (IRS) preparer tax identification numbers using the names and information of identity theft victims, to make it appear that those victims were the individuals who were filing false returns in bulk.


To obfuscate their cybercriminal conduct, the conspirators routinely used pseudonyms, opened business entities and bank accounts in the names of nominees and identity theft victims, and conducted their illicit business using dozens of different email addresses. Altogether, the enterprise claimed more than $36 million in false tax refunds over the course of approximately four years. The actual loss amount is still being calculated but is at least $4 million.